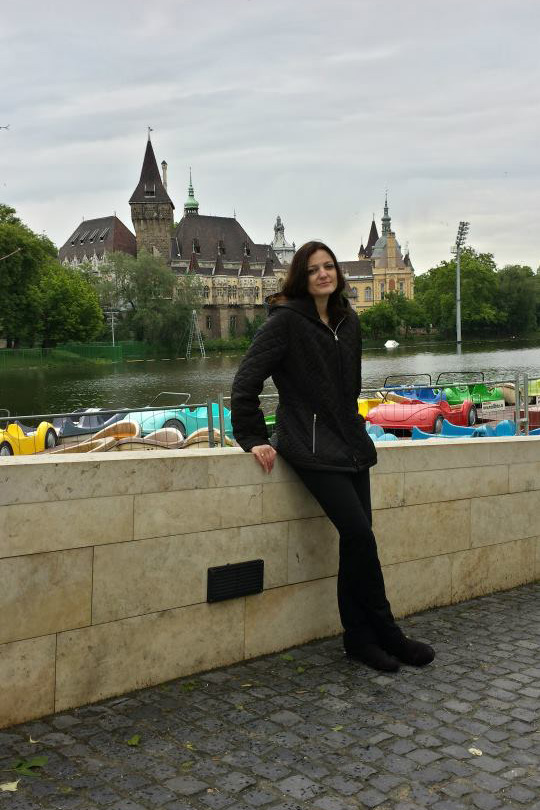 I’m Rainy Kaye, and I write about killer genies, vengeful witches, and other delightful tales.

Most of my books are either Urban Fantasy or Dark Fantasy, often about good people doing questionable things. The romances tend to be enemies-to-lovers or enemies-to-lovers adjacent. There’s a dollop of humor along the way, and lots of twists and turns that test the limits of the characters.

My first book, Summoned, was originally indie published, but picked up by an agent and the rights sold to a traditional publisher. After that, as much fun as it was, I went fully indie and never looked back. My first long series, Twisted Magic, was less dark and more action and adventure than Summoned, with a lighter, slow burn romance. That doesn’t mean a few eggs weren’t obliterated along the way.

After Twisted Magic, I returned to my morally gray characters with Gracie in Undone.

Offline, I spend my time with my houseful of furry creatures, learning Python, and banging away on the piano.

Even though I’ve traveled the globe, I always return home to Phoenix, Arizona.

I CAN BE FOUND ON

Get to know me questions

SOME OF MY FAVORITE AUTHORS:

For fiction, I enjoy Nalini Singh, S. C. Stokes, Lindsey Loucks, and Kendare Blake, to name a few. For non-fiction, I read Yuval Noah Harari, Cal Newport, Nir Eyal, and anyone else with an interesting or useful take on the world.

What I'm most passionate about:

Within Temptation comes first. After that, I like Nightwish, Nine Inch Nails, Two Steps from Hell, and so many more.

I´M MOST THANKFUL FOR:

My readers, my patrons, and everyone else who has been so supportive! <3

Today was going to require extra coffee thanks to being kept up all night by the hostage in my basement. He’d bitched and moaned the entire time. My little old farmhouse might be secluded, but the walls were paper thin. Didn’t get a wink of sleep.

I stared down at the freshly brewed cup of coffee sitting on the maker, then shuffled over to the fridge for the creamer. Snickers flavored. I smiled. It was good stuff.

As I poured a little splash into my mug, a thump came from downstairs.

I groaned, flipping the lid shut on the creamer.

Parents of newborns think they have it rough.

It was after seven am. He was probably hungry.

I grabbed a bowl from the cabinet and a box of cereal from the counter, then frowned at my cup of coffee. I couldn’t lug all this downstairs.

And milk. He was going to want milk with his cereal.

I downed the coffee in a few hot gulps, then gathered up the bowl, spoon, cereal, and almond milk before heading downstairs. Mr. Fussy was still banging away as I undid the latch on the basement door then made my way down the creaking steps, careful not to drop anything.

My guest, tied to his chair, stopped rocking back and forth, banging the legs, and stared at me, chest heaving. His eyes landed on the box of cereal.

“What? I’m not making you fuckin’ pancakes,” I said, unloading breakfast onto the workbench to the side.

I poured milk and cereal—cereal first; I’m not a monster—and turned to him, bowl raised. He said something, but the words were muffled by the rag in his mouth. I leaned around him, deftly undoing the tie, and then scooped up a spoonful of cereal and milk.

“Do you want your cereal or not?”

He hesitated and I brought the spoon to his mouth, my hand wobbling. Milk dribbled into his lap. With a defiant scoff, he opened his mouth.

“Good job,” I said, deadpan, as I dumped the cereal on his tongue. “I didn’t even need to do the airplane thing.”

All I had to do was keep him alive for another twenty-one days.

“You know,” I said, feeding him another bite, “if you hadn’t delayed your trip at the last second, this would have been done and over with by now.”

He chewed and swallowed, never taking his eyes off me. I’m sure it made him feel like a big tough guy.

“You’re fuckin’ insane,” he said, but then he took another bite, so I don’t know what he thought he was accomplishing with the insults.

Insane wasn’t a good description. It was vague, sort of lame and unoriginal.